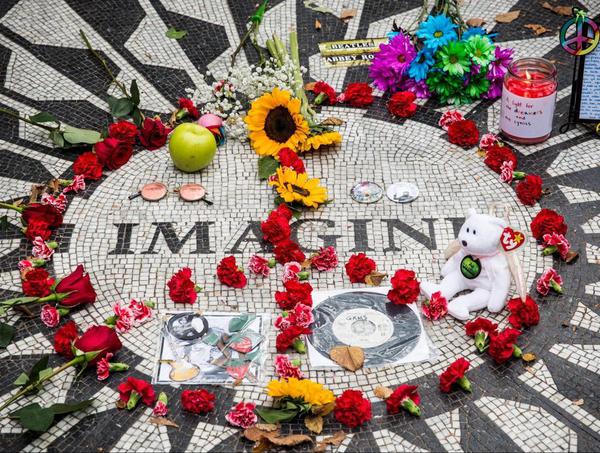 John Lennon: 9 Memorial Tributes from Around the World

John Lennon has inspired a number of memorial tributes since his untimely death 40 years ago. From Liverpool to New York City to Cuba, here are nine different memorial tributes to Lennon from around the world. RELATED: An In-Depth Look At Howard Cosell Breaking The News Of The Death of John Lennon 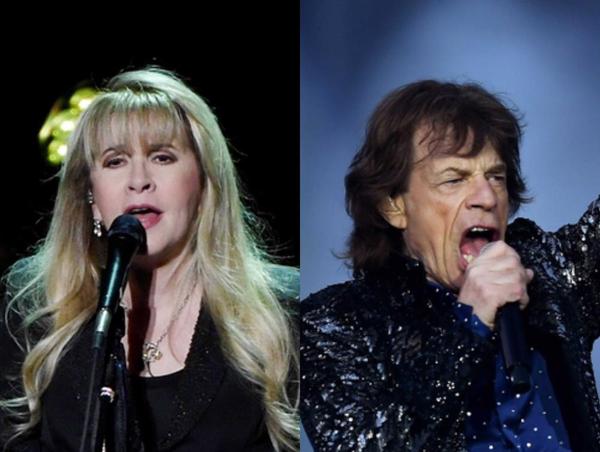 8 Iconic Tracks That Were Originally Released as B-Sides

When most of us bought a 45, we did so for the A-Side, but the B-Side could also hold some glorious treasures, too. While 45s might be more of a niche item in the resurgence of vinyl, let’s look back at these eight iconic tracks that were B-Sides. 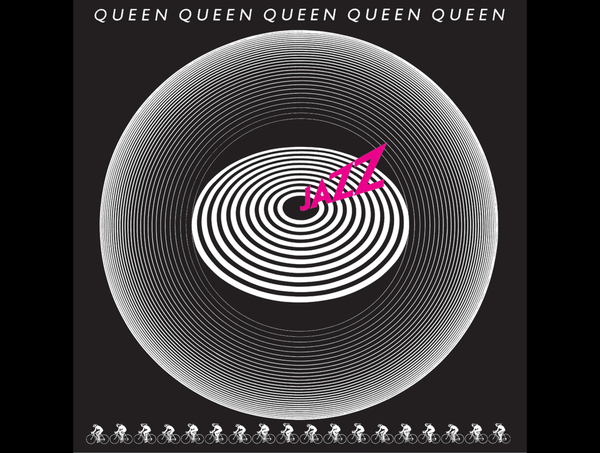 The LP featured some of Queen’s biggest hits, including “Fat Bottomed Girls” and “Don’t Stop Me Now,” and was Queen’s fourth album to chart in the top ten of the Billboard 200. In honor of its anniversary, here are six fun facts about Jazz. 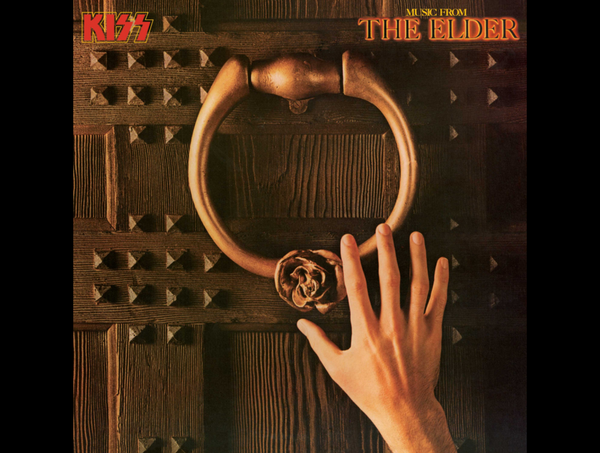 'Music From The Elder' & 4 Other Classic Rock Flops

KISS’ Music From The Elder was released on November 10, 1981. It was so poorly received the band didn’t even tour in support of the album. Of course, this is just one of a number of flops the classic rock world has seen. Here are some of the most notorious classic rock flops. 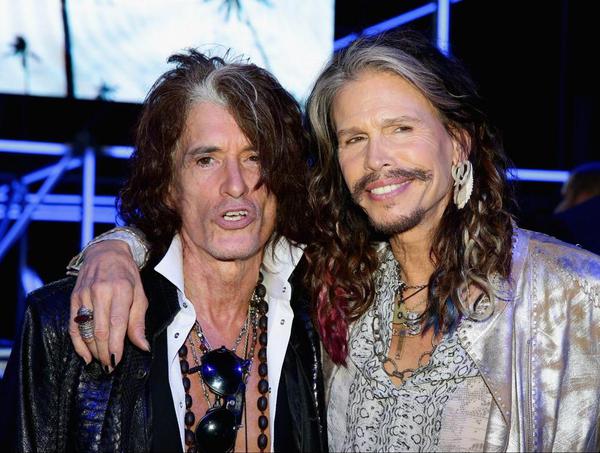 5 Rock Bands and The Stories of Their First Gigs

Aerosmith played their first show together 50 years ago today (November 6.) Even though they have sold out arenas and stadiums all over the world, even “The Bad Boys from Boston” had to start somewhere. In honor of this anniversary, here are five bands and some details about their first gigs. 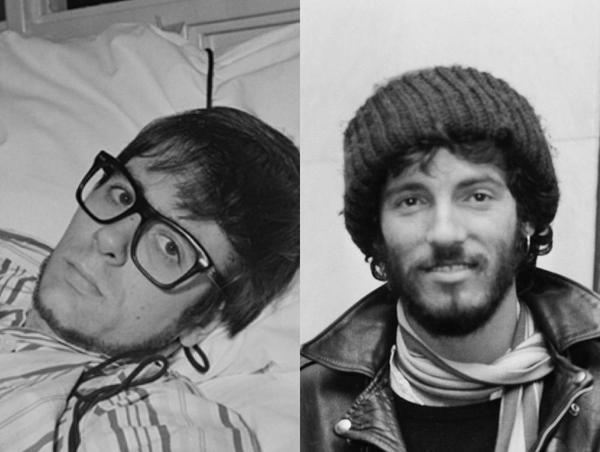 'Blinded By The Light' & 9 Other Covers Better Than The Original

Manfred Mann celebrates a birthday today (October 21), and obviously, this brings up one of the best debate topics ever: Original vs. cover. Manfred Mann’s Earth Band is responsible for one of the greatest covers of all time with “Blinded By The Light,” which is a track originally by Bruce Springsteen & The E Street Band. In honor of Mann’s birthday, we gathered ten covers that we think are better than the original. Enjoy…and debate if you disagree. 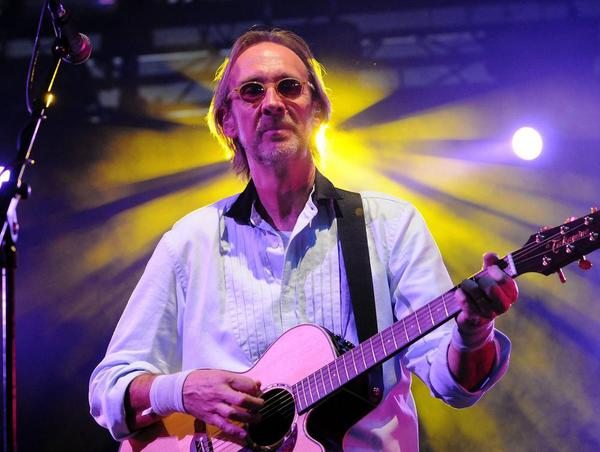 'The Living Years' & 6 Other Songs That’ll Make You Cry

Mike Rutherford celebrates his birthday today (October 2), and in addition to all of his work with Genesis, he also co-wrote one of the best tear-jerker songs of all time. “The Living Years” is many things. Besides being one of the most majestic songs ever about a guy not talking enough to his dad before he died, it was Mike & The Mechanics’ biggest hit. And you’d hard-pressed not to get emotional when you hear it Of course, it’s not the only song that makes reach for a tissue. Scroll through 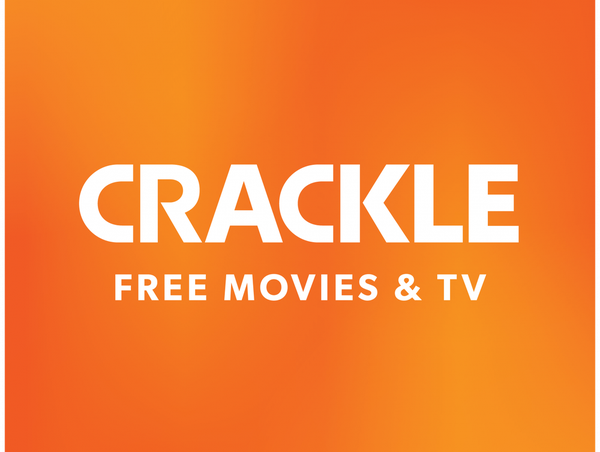 Let’s face it: You’re probably running out of shows to stream by now. What should you do? Consider checking out Crackle. 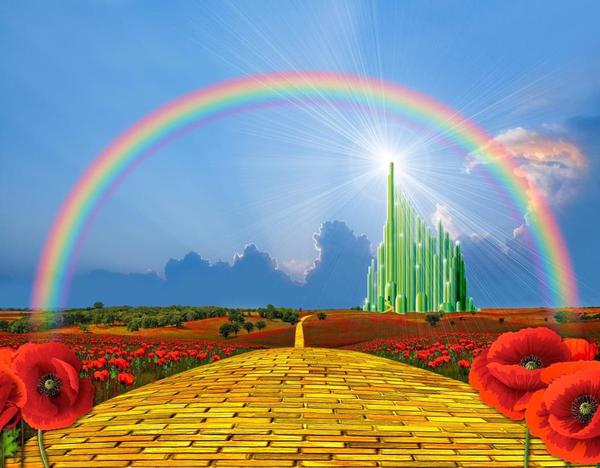 Due to the coronavirus pandemic, traditional vacations during the summer will likely turn into “stay-cations,” which will likely include some serious binging of TV and movies. 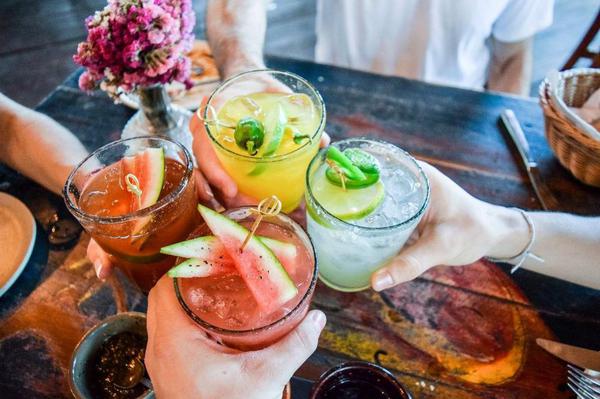 6 Classic Summer Cocktails Everyone Should Know How to Make

Summer is in full swing! With the July 4th holiday just days away, now felt like an appropriate time to make sure your summer cocktail game is up to snuff. 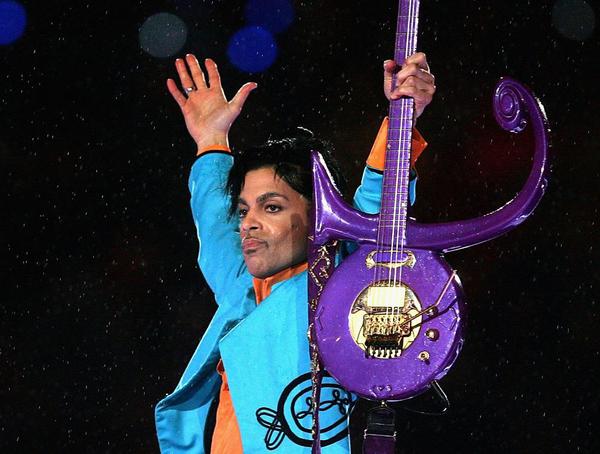 Prince and the Revolution’s iconic Purple Rain was released 36 years ago today (June 25.) It’s run on the top of the Billboard 200 Album Chart has made it one of the most successful soundtracks of all time. This got us thinking about other soundtracks that topped the Billboard 200 over the years. Here are seven, and some may surprise you. 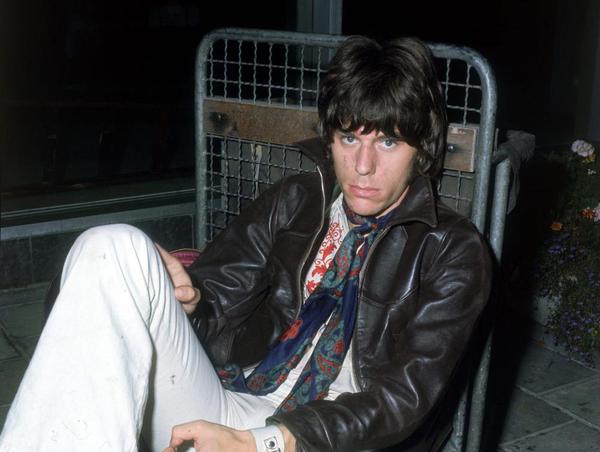 Lyrics-shmyrics! Who needs words to rock out anyway?! In honor of Jeff Beck’s birthday (June 24), here is a handful of some of our favorite classic rock instrumental tracks. 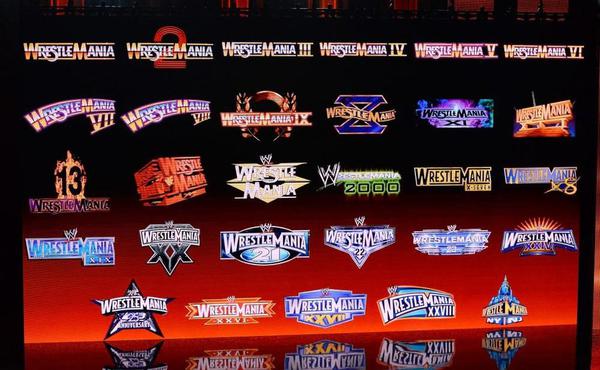 WrestleMania: 10 Interesting Facts About 'The Showcase of the Immortals'

WrestleMania 36, against all odds, will be taking place this weekend over two nights on April 4 and 5. While “The Grandest Stage of Them All” will be emanating from the very modest stage of the WWE Performance Center due to the Coronavirus pandemic, WrestleMania 36 will surely go down as one of the most unique nights in the event’s history. To celebrate, here are 10 interesting facts about WrestleMania. 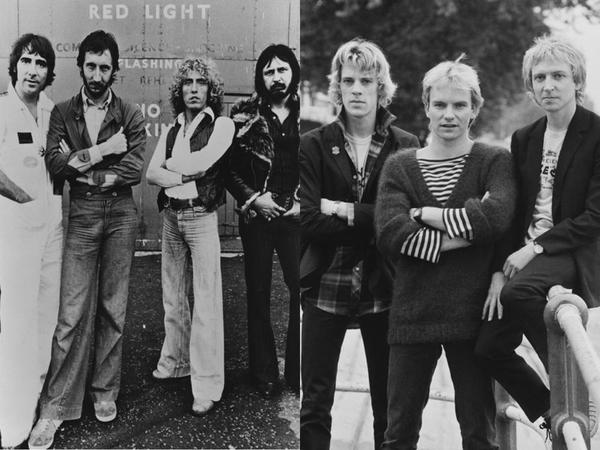 Disco may have ruled the musical landscape in 1978, but that year also saw the release of some of the most beloved rock albums of all time. From classic debuts to albums from established artists that proved their finger was still on the pulse, scroll through the gallery below and check out ten of the best rock albums from 1978. 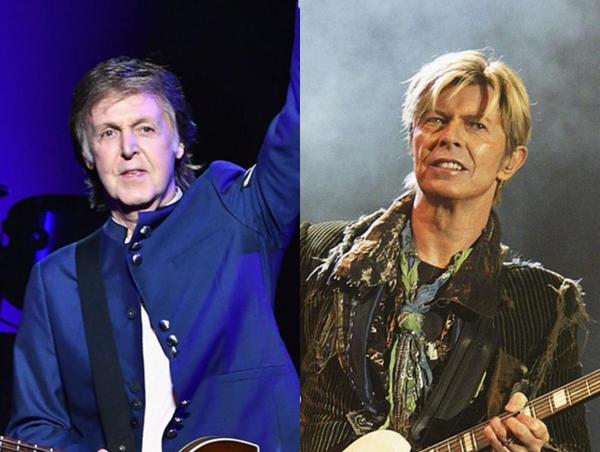 In the over three decades history of Rock Hall induction ceremonies, there have been a number of no-shows by inductees. Some of them were due to health or other personal reasons. Others? Not so much. Here are ten examples of no-shows in the history of the Rock and Roll Hall of Fame Induction Ceremony. 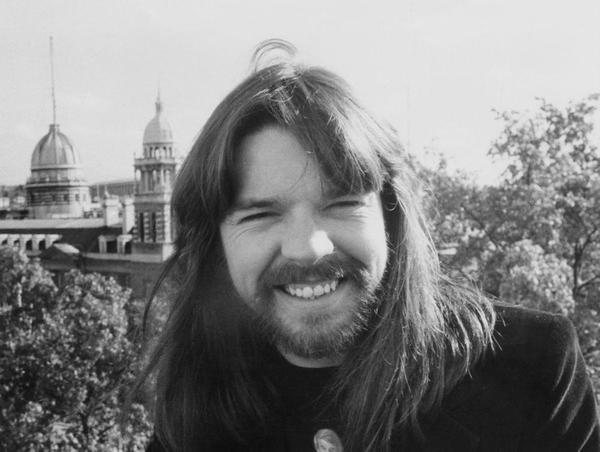 Bob Seger and The Silver Bullet Band’s album Against The Wind turns 40 today (February 25), and it has the distinction of being the only album in Seger’s catalog to hit the number one spot on the Billboard 200 album charts. Of course, Seger isn’t alone in this regard. Here are some other artists with one lone album to top the Billboard 200. 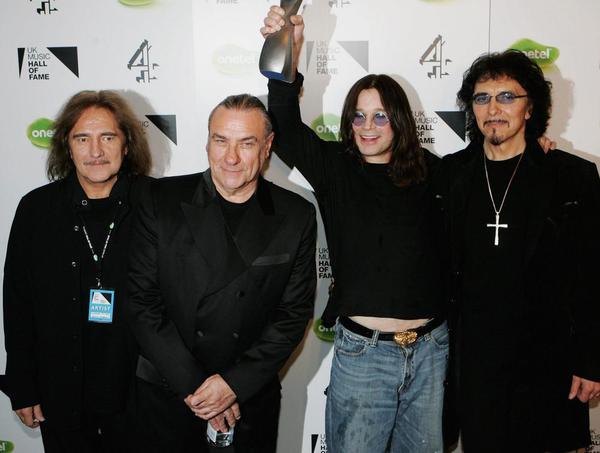 Tony Iommi: A guitarist whose name is iconic as his playing. It’s a good thing he didn’t have to change it like Black Sabbath changed their name. Some of rock’s biggest bands, of course, had to go through several monikers until they found just the right one. In honor of Iommi’s birthday (February 19), here are eleven original band names we’re glad didn’t stick. 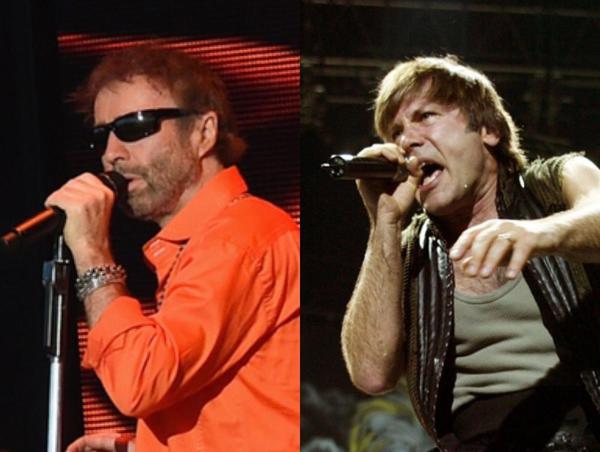 The only thing more exciting than finding out who gets into the Rock and Roll Hall of Fame every year is seeing who got shut out. In its over 30-year history, the Rock Hall has looked over a number of incredible and influential artists. Which artists have still yet to get the nod from the Rock Hall? Scroll through our gallery below and see just ten notable omissions. 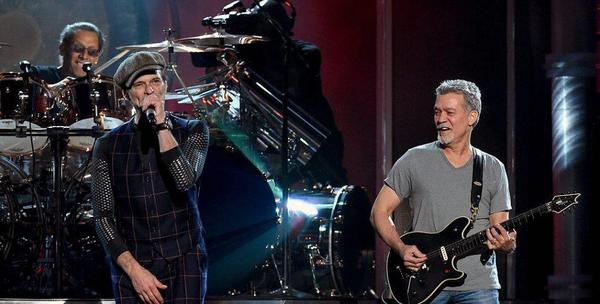 Van Halen’s self-titled debut was released 42 years ago today (February 10.) The album contains some of VH’s most-enduring tracks, from “Runnin’ With The Devil” to “Eruption.” However, upon its release, it was torn apart by Rolling Stone. It’s no secret that some of Rolling Stone‘s reviews haven’t aged as well as the albums they slammed. Fortunately for Van Halen, it’s in good company when it comes to other debut albums in rock history. In honor of the release anniversary of Van Halen, her 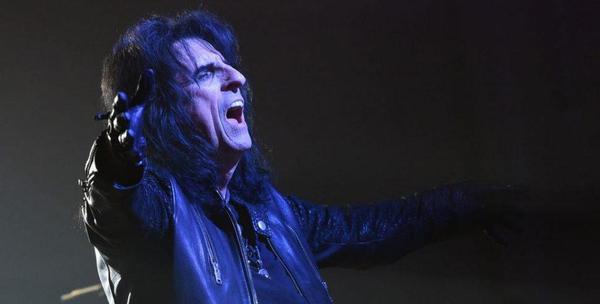 Alice Cooper is many things, including one of the best live acts of all time. However, he also might be the best scene-stealer, too. Frankly, it’s difficult to think of Wayne’s World without thinking of the “We’re not worthy!” scene. Of course, Cooper isn’t the only rock star that’s netted a killer cameo over the years. In honor of Cooper’s birthday today (February 4), here are seven memorable rock star acting cameos. There are few scenes more quotable than this gem that finds Wayne and
Load More Articles
Close ✕