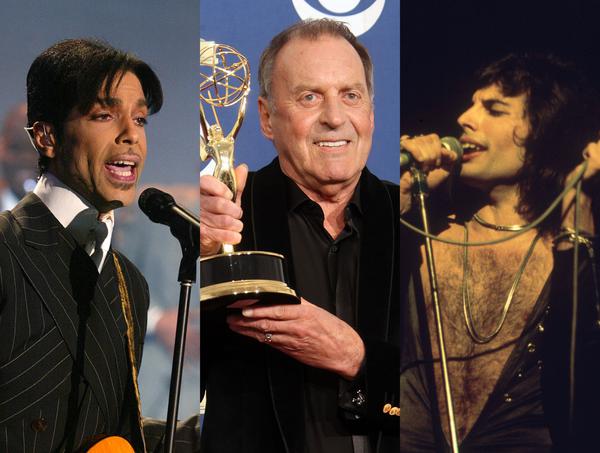 Bruce Gowers is not a household name, but his work has been seen by the masses, especially the music videos he directed. 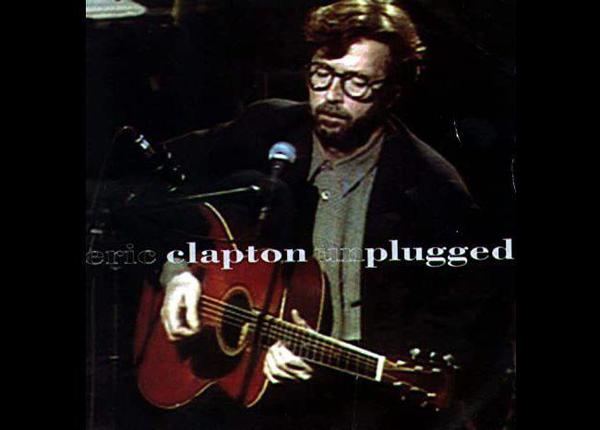 10 Unplugged Albums Everyone Should Own

To celebrate the anniversary of Clapton’s Unplugged, here’s our list of 10 unplugged albums everyone should own. 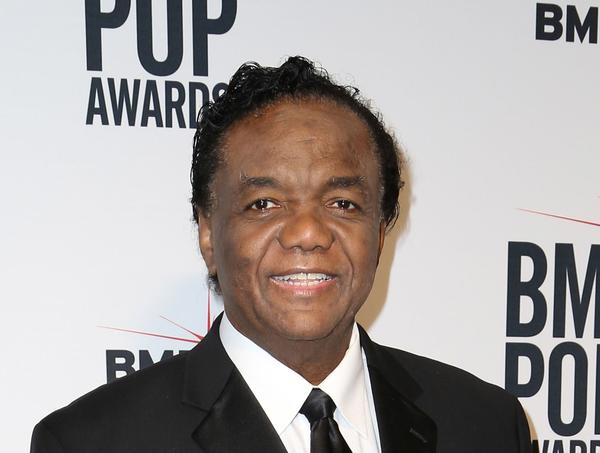 Lamont Dozier: 15 Songs He Co-Wrote That Everyone Knows

Detroit didn’t just put the world on wheels; it also made the world head to the dance floor thanks to Motown Records. Many of those hits that made the world dance were written by the songwriting trio of Holland-Dozier-Holland. 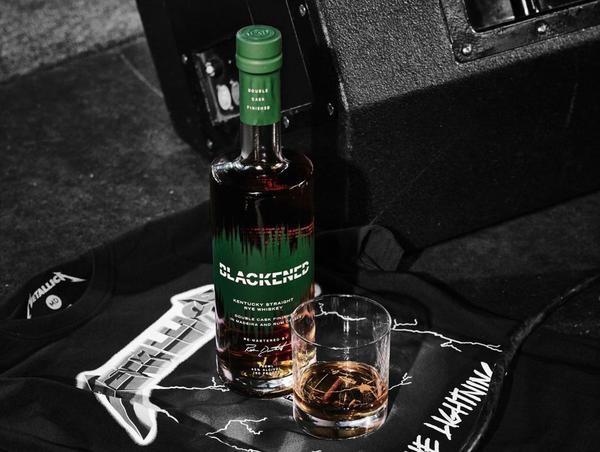 Metallica, like many other bands, expanded their portfolio by entering the spirit game with their brand Blackened American Whiskey. Since launching in 2018, Blackened American Whiskey has won a number of awards and has introduced a variety of offerings with their latest being a Kentucky straight rye double cask finished whiskey aptly named Rye The Lightning. At the helm of Rye The Lightning is Master Distiller & Blender Rob Dietrich, a man who loves the craft of making whiskey as much as he lov 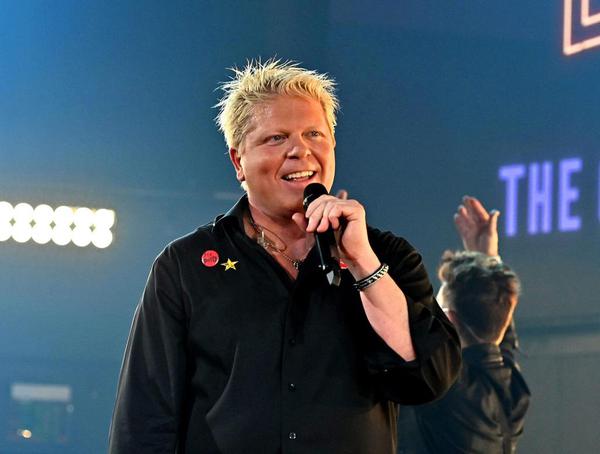 ‘Tis the season…graduation season, that is. From high school to college, many students are now celebrating their hard work by donning their cap and gown and receiving their diplomas. For some very lucky grads, their commencement will feature a speech from a high-profile figure, from distinguished alumni to heads of state and even heads of rock bands. In honor of graduation season, check out these great commencement speeches from some of the biggest names in rock. 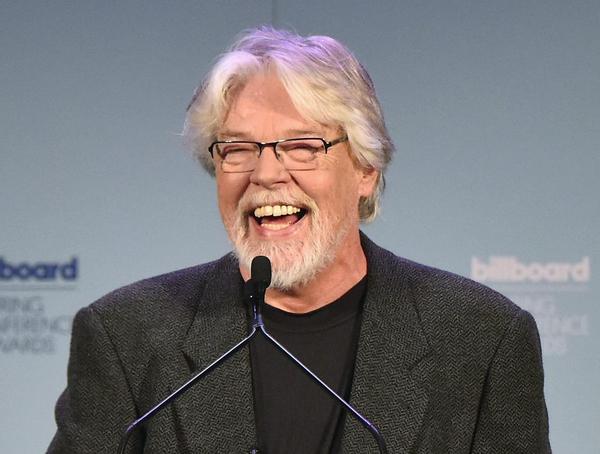 Bob Seger has a career that many artists only dream of, from selling millions of records to being inducted into the Rock & Roll Hall of Fame. While Seger bid touring farewell in 2019, legions of fans still adore this “Beautiful Loser” and always will. In honor of his birthday today (May 6), we take a brief look at 10 interesting Bob Seger statistics that might surprise you. 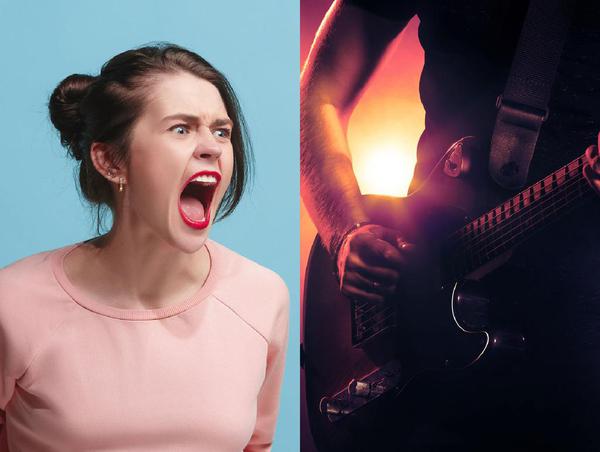 “Karen” videos remain a popular genre on various social media platforms, and one brilliant person has decided to take these horrendous, obnoxious women and turn them into heavy metal singers. YouTuber Andre Antunes is the force behind “Karen Metal” in which he takes a viral “Karen” video and sets it to a metal riff. Truthfully, we’d be lying if we said his songs aren’t brilliant and oddly catchy. Considering the plethora of “Karen” videos out there, he could easily expand this genre into litera 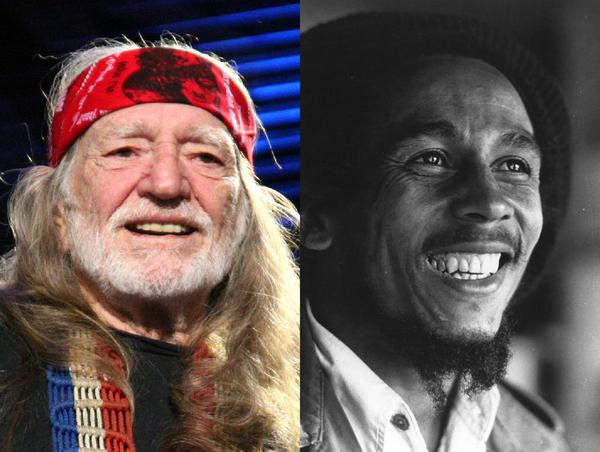 Legalized marijuana and CBD have been yielding very impressive profits, so it’s no wonder a number of celebrities from various parts of the entertainment world have been trying to get in on the action. Here are just ten celebrities with their own marijuana/CBD brands. 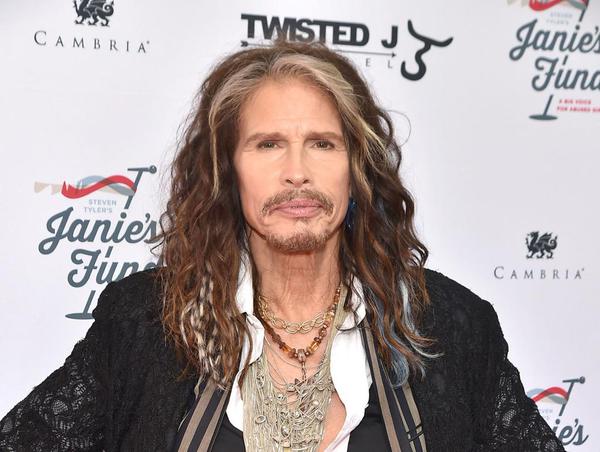 Steven Tyler: 10 Quotes to Live By

Steven Tyler is many things: One of the greatest frontmen of all time, a poet and, it bears mentioning, one of the wackiest dudes to ever walk the Earth. All of that combined is what makes the Demon of Screamin’ so iconic and so beloved. In honor of his birthday (March 26), here’s a look back on ten quotes attributed to the Aerosmith frontman ranging from hilarious to poignant and everywhere in between. 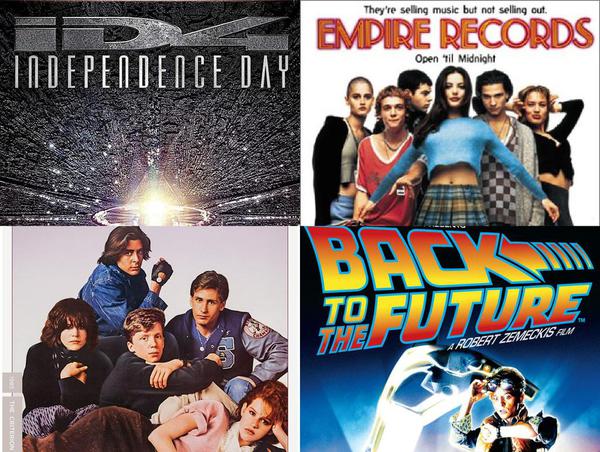 10 Fictional Dates from Movies Everyone Should Know

Throughout movie history, various dates within them have taken on special meaning thanks to pop culture. Some dates had crucial roles in plots to films providing settings while others have become unique one-liners that have become part of the general lexicon. Here are 10 fictional dates from movies everyone should know. 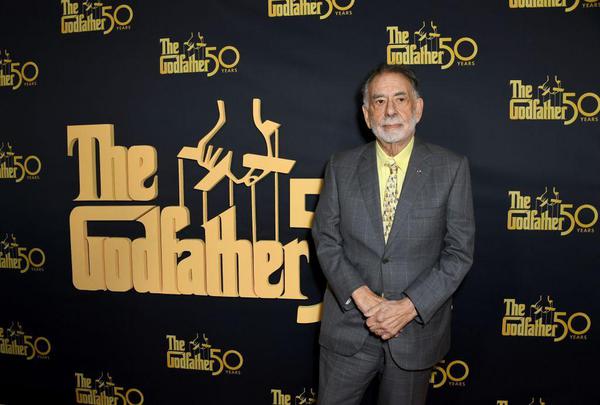 'The Godfather': 10 Classic Lines from the Legendary Film

The Godfather was released in theaters nationwide on March 24, 1972. Decades after its release, it remains one of the most revered and quoted films in cinema history. In honor of its anniversary, here are ten classic lines from The Godfather. 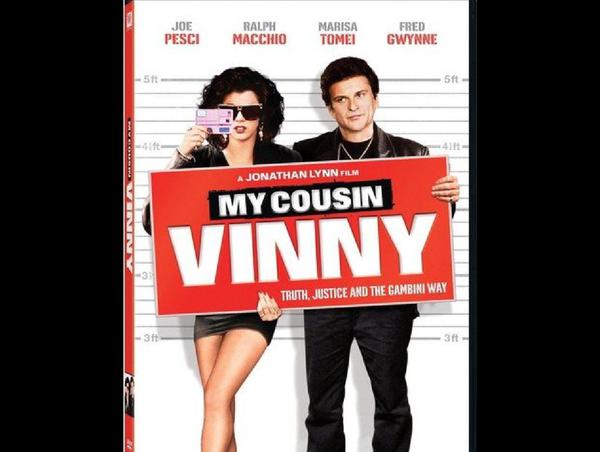 'My Cousin Vinny': 15 Hilarious Quotes from the Iconic Comedy

My Cousin Vinny hit theaters on March 13, 1992. While it would go on to gross a respectable $52.9 million at the box office, the comedy took on a life of its own thanks to film rentals and countless airing on cable. The film was anchored by outstanding performances from Joe Pesci as the titular Vinny Gambini, who is called upon by his cousin Bill (Ralph Macchio) to represent him and his friend, Stan (Mitchell Whitfield), in a trial for a murder they did not commit. My Cousin Vinny would also s 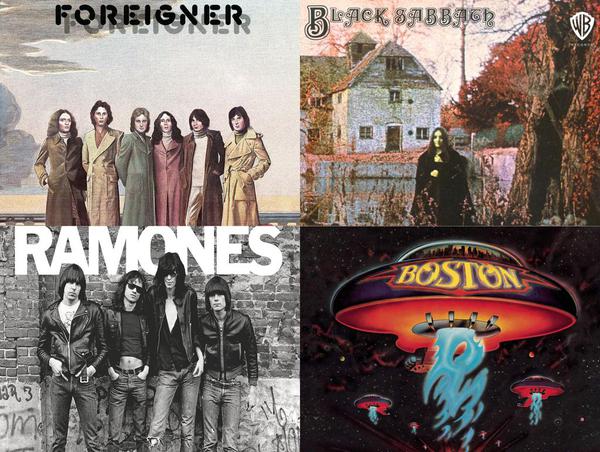 15 Debut Albums of the ‘70s Everyone Should Own

The 1970s was truly a wild decade for rock and roll which saw some of the biggest rock artists ever emerge. From arena-ready bands to punk icons to New Wave legends, here are 15 debut albums of the ’70s everyone should own. 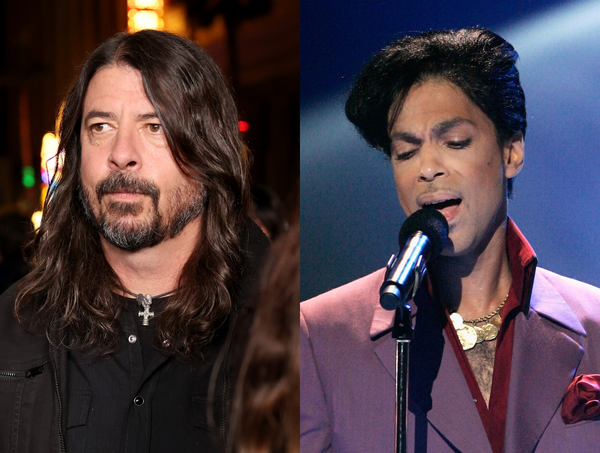 There have been a number of films/documentaries starring popular bands that have grossed significant returns and have earned the love of fans and critics alike. This list won’t be highlighting those films. 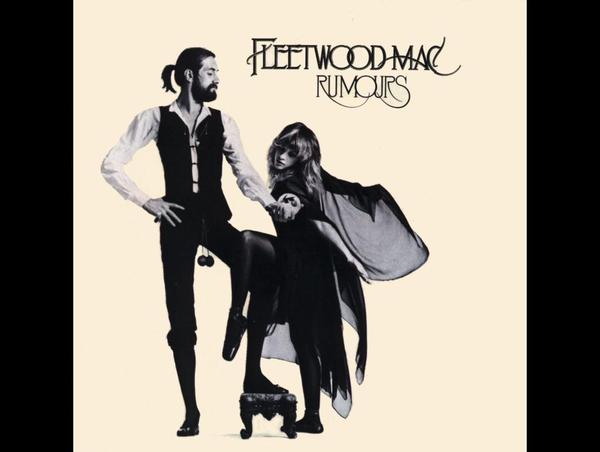 Rumours, the landmark album from Fleetwood Mac, is an absolute monster, both critically and commercially. There are countless breakup songs across the musical landscape, but Rumours — released on February 4, 1997 — is much more than that; it’s a breakup album that happens to be dripping with the band’s coked-out excess. The making of Rumours, of course, is famous for everyone in the band breaking up with each other and its other “indulgences.” (AKA: So much cocaine it would make Tony Montana bl 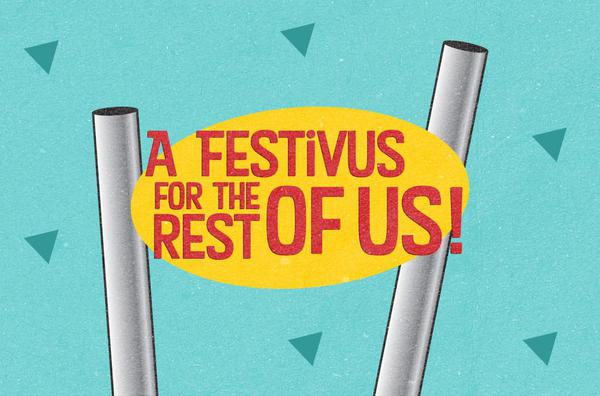 Now, before the “Airing of Grievances” or the “Feats of Strength,” consider looking back on the countless Seinfeld-isms that have become part of the pop culture lexicon. Think of it as a “Festivus Miracle,” if you will. 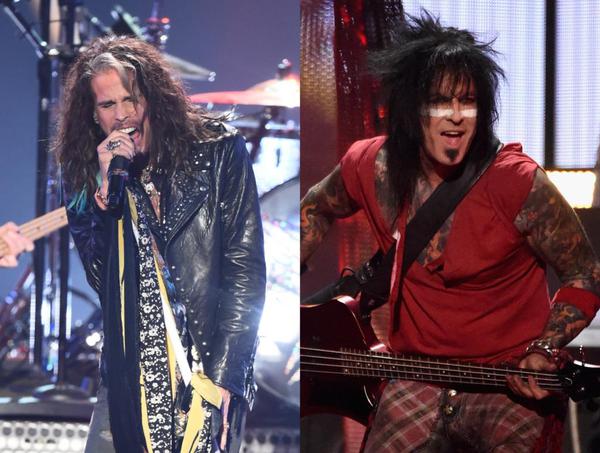 13 Rockers That Sold Their Catalogs/Music Rights in 2021

In 2021, one of the biggest trends was rockers that sold their catalogs for massive sums of money. Here are just 13 rockers that netted huge paydays this year from the sale of their catalogs, music rights, publishing rights and more. 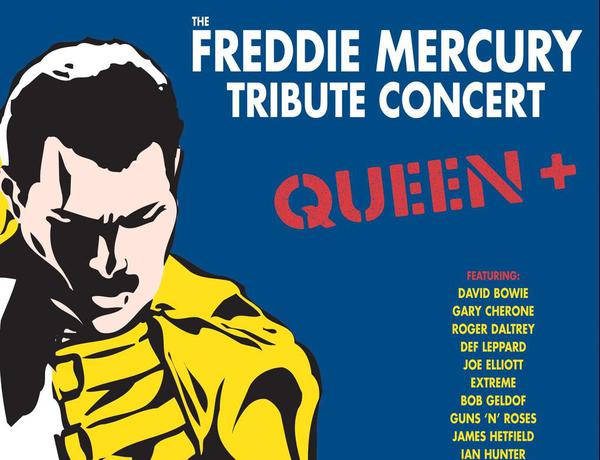 Freddie Mercury left this Earth on November 24, 1991. While he left a void in the rock landscape that is still felt today, his inspiration has transcended his era, and he continues to influence new generations of music fans. He also transcended musical genres: about five months after his death, Queen, along with an all-star lineup, put on The Freddie Mercury Tribute Concert for AIDS Awareness. The concert was held at Wembley Stadium before a massive crowd of 72,000. Proceeds from the show went 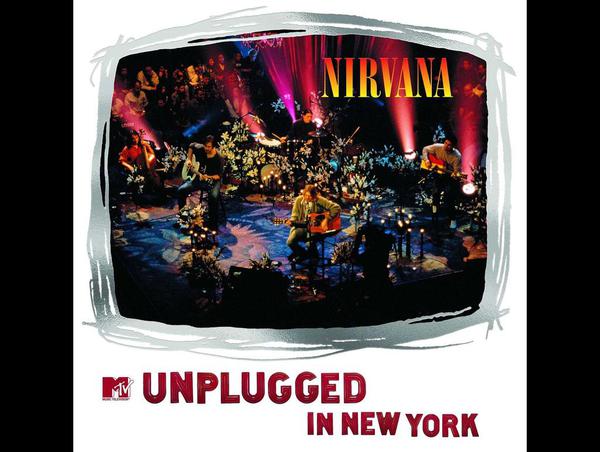 Recorded in November 1993 and released November 1, 1994, Nirvana: MTV Unplugged in New York came out seven months after the shocking death of Kurt Cobain. It would debut at number one on the Billboard 200 album chart and go on to win a Grammy for Best Alternative Music Album. In honor of the album’s release, here’s a look at that set as well as five other classic MTV Unplugged performances. 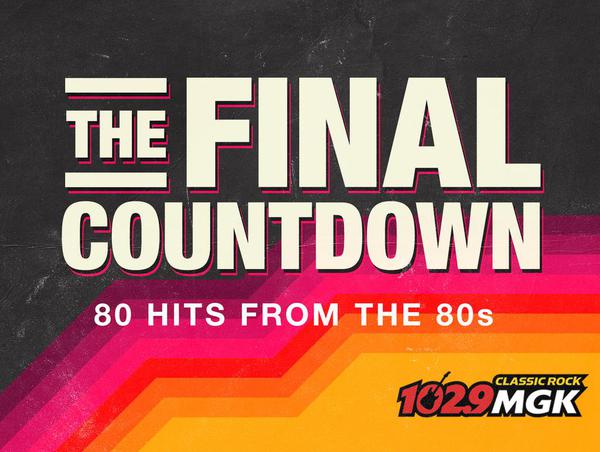 The ’80s were a transformative time for music from the launch of MTV to seeing the rise of pop and rock icons like Madonna, Michael Jackson, U2, Bon Jovi, Def Leppard and many more. With The Final Countdown: 80 Essential Hits of the ’80s, we explore some of the biggest songs from the aforementioned artists and take a look at the decade’s biggest one-hit wonders, greatest duets and collaborations and see just how much film and film soundtracks had an impact on the culture. (Spoiler: It’s a lot!)
Load More Articles
Close ✕